Total Marine Group are a dedicated and experienced team providing an all-encompassing service in the field of marine construction, dredging, engineering, floating structures and design.

Our onsite construction skills and resources have been tested and proven time and again and are reflected in a wide variety of successful projects completed.

Total Marine Group is an environmentally conscious and responsible company committed to operating in an ecologically sustainable manner by minimalizing waste and using raw materials efficiently.

We provide an unprecedented service while remaining cost effective to the client. 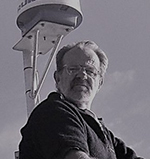 Managing Director Brent Shipman left school and served in the Royal NZ Navy where he became proficient in seamanship and trained as a Navy diver.

Moving into civilian life, Brent spent eight years in the wharf repair gang with the Auckland Harbour Board.

He went on to become Charge hand on pile driving rigs then engineer and master on various Harbour Board tugs, including TIKA - now owned by the company.

Total Marine Services was formed in 1986 by June & Brent Shipman, offering part time bottom scrubs on racing yachts, this soon moved into diving and recovery work, mooring contracts and piling work.      With their first piling barge and crane Brent & his team were called in to build numerous structures around the Auckland Harbour & Hauraki Gulf.   Brent has gone on to manage and direct construction of numerous marina developments as well as offshore projects.

Manages the accounts team in the office.

Director in the company as well as tugboat skipper and construction foreman.     Aaron has worked on the water all his life. 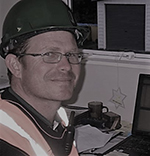 Director Tim has spent his entire working life in and around the marine industry. He has extensive experience & knowledge in salvage work and construction

Tim’s first working experiences were crew motor ships and square-rigged ships.   From there he joined a Northland based marine construction and dredging company as deckhand, progressing into pile driving, crane operator and skipper.

Tim then progressed into construction and operational management before joining Total Marine.

Operations Manager Mark Macduff is an experienced boatbuilder with expertise in hard landscape construction.  He has vast experience in marine construction, moorings and salvage as well as specialised waterborne machinery including dredging and pile driving.      Mark is a qualified skipper and moved from foreman into running the day to day operations at Total Marine Services.